An extensive publication bringing together club music and subcultures from ten urban centres across Africa and Europe.

This book tells the story of club music and club cultures in ten cities across Africa and Europe. It looks beyond the North Atlantic locations that are usually assumed to be the main focus of attention and sets out to put together a more inclusive narrative.

The content is divided in ten chapters (one for each city). Each chapter is itself composed of 2 essays written by local authors and 1 photo sequence. The first essay focuses on the local music scene, while the second draws connections with its urban context.

Given the nature of the project, it was essential that all ten cities were represented equally through the book. Having a well-known club capital such as Berlin for example as the biggest chapter would have been inappropriate. To bring all cities to the same level, we developed a layout system that allowed us to fit every essay on the same number of pages. For each text, we could choose between 3 font sizes, 2 line-heights, 2 margins, and 1 or 2 columns. We could control the space occupied by each essay by combining theses different options: a short text for example would take the large font size and large margins, while a longer text would be set in 2 columns with small margins. These variations also allowed us to keep an exciting rhythm throughout the book and visually differentiate the essays from one another. 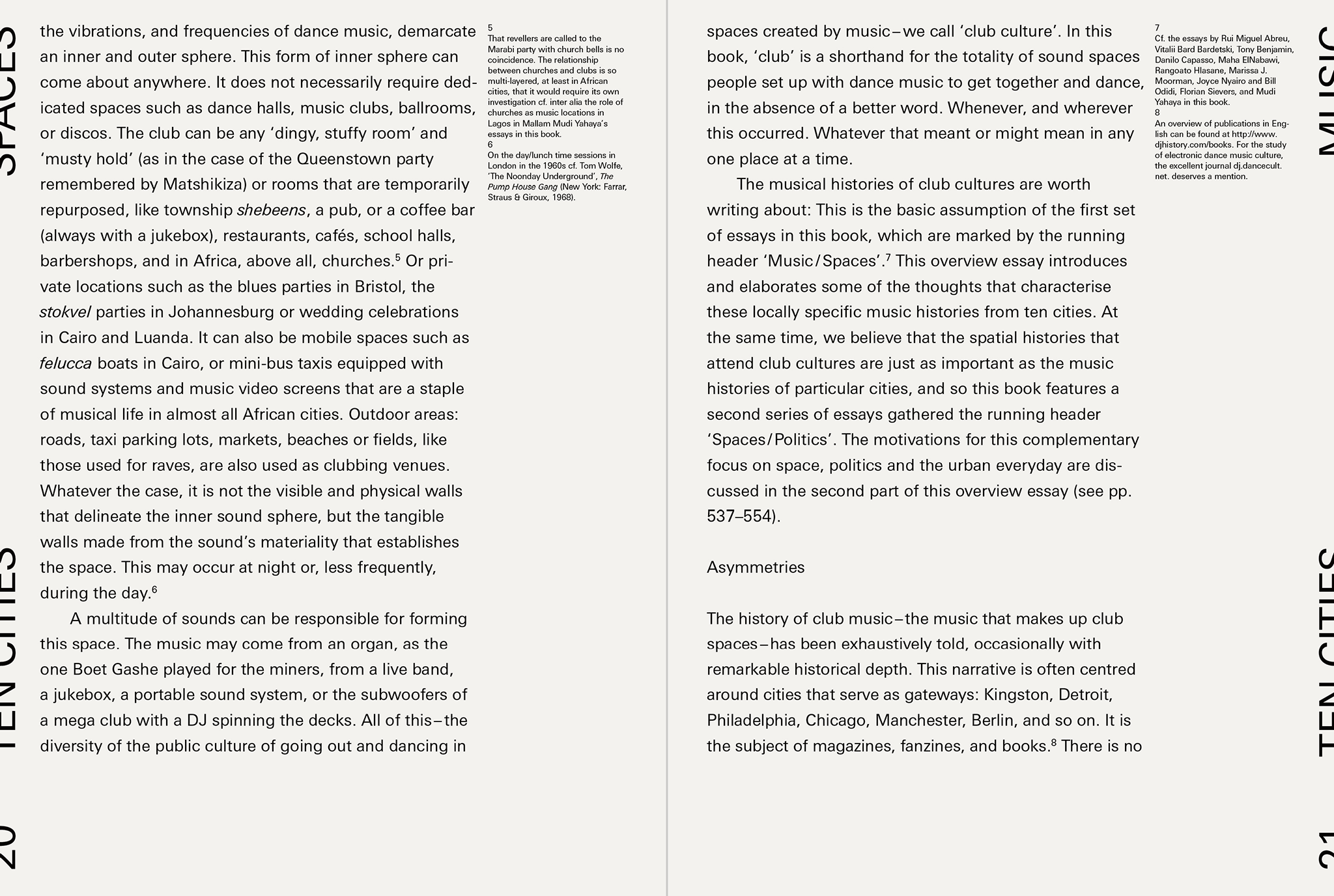 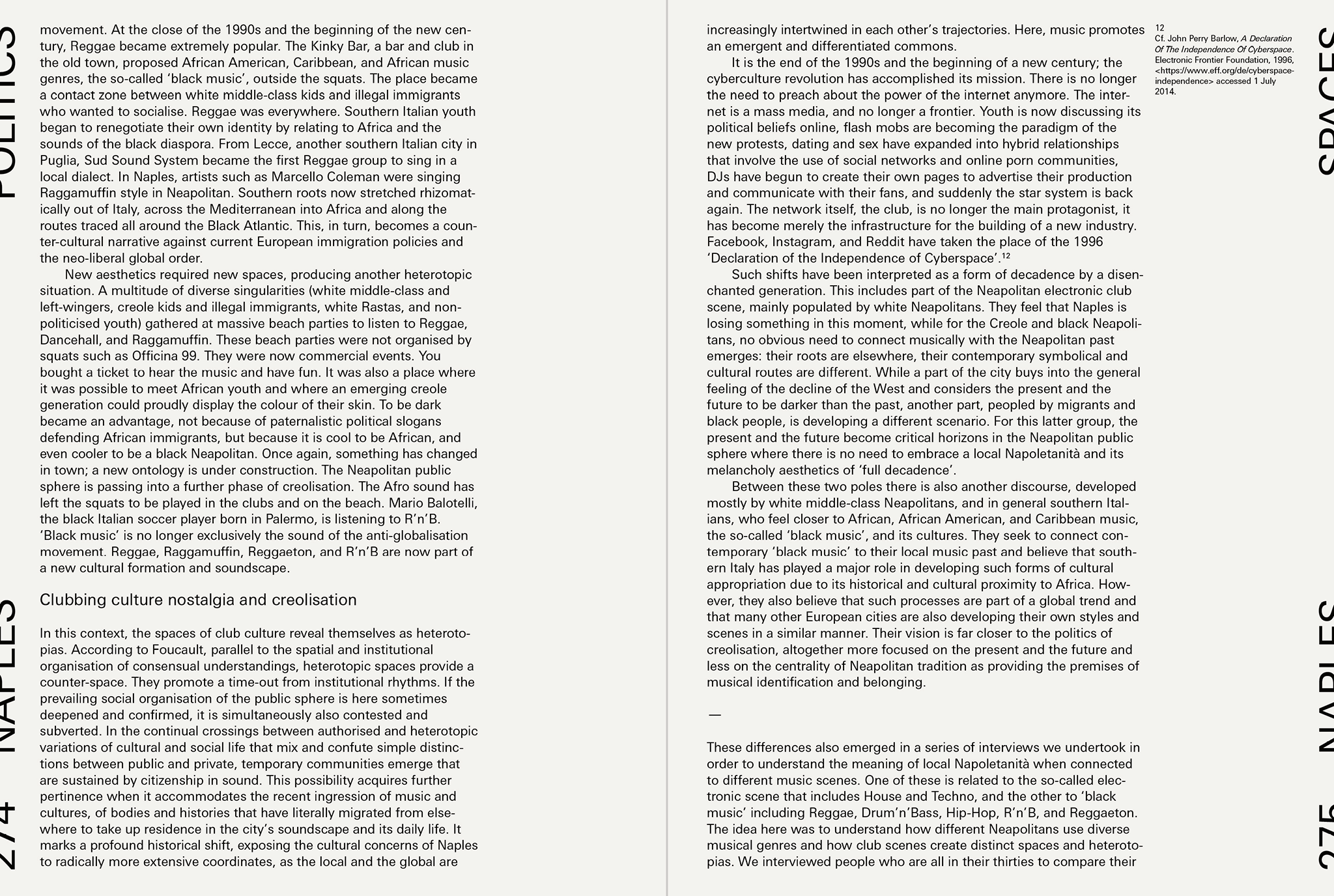 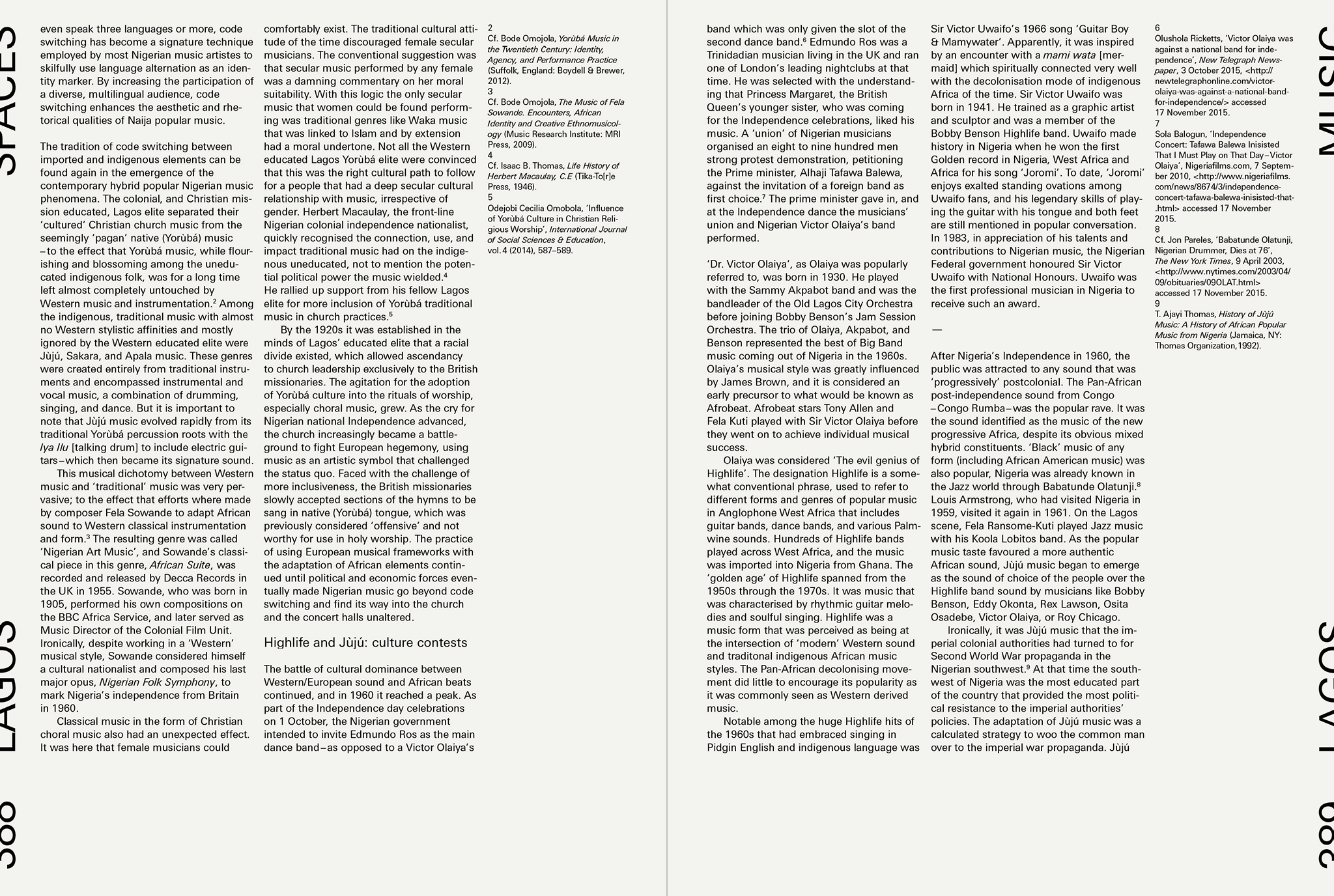 The images are not always directly related to the essays. They sometimes depict a particular person or place from the texts, but they are often a separate work with a different artistic intention. We considered texts and images as two separate flows, almost like two separate books, running parallel to each other. They each follow their own rhythm in the book, alternating at a steady pace. 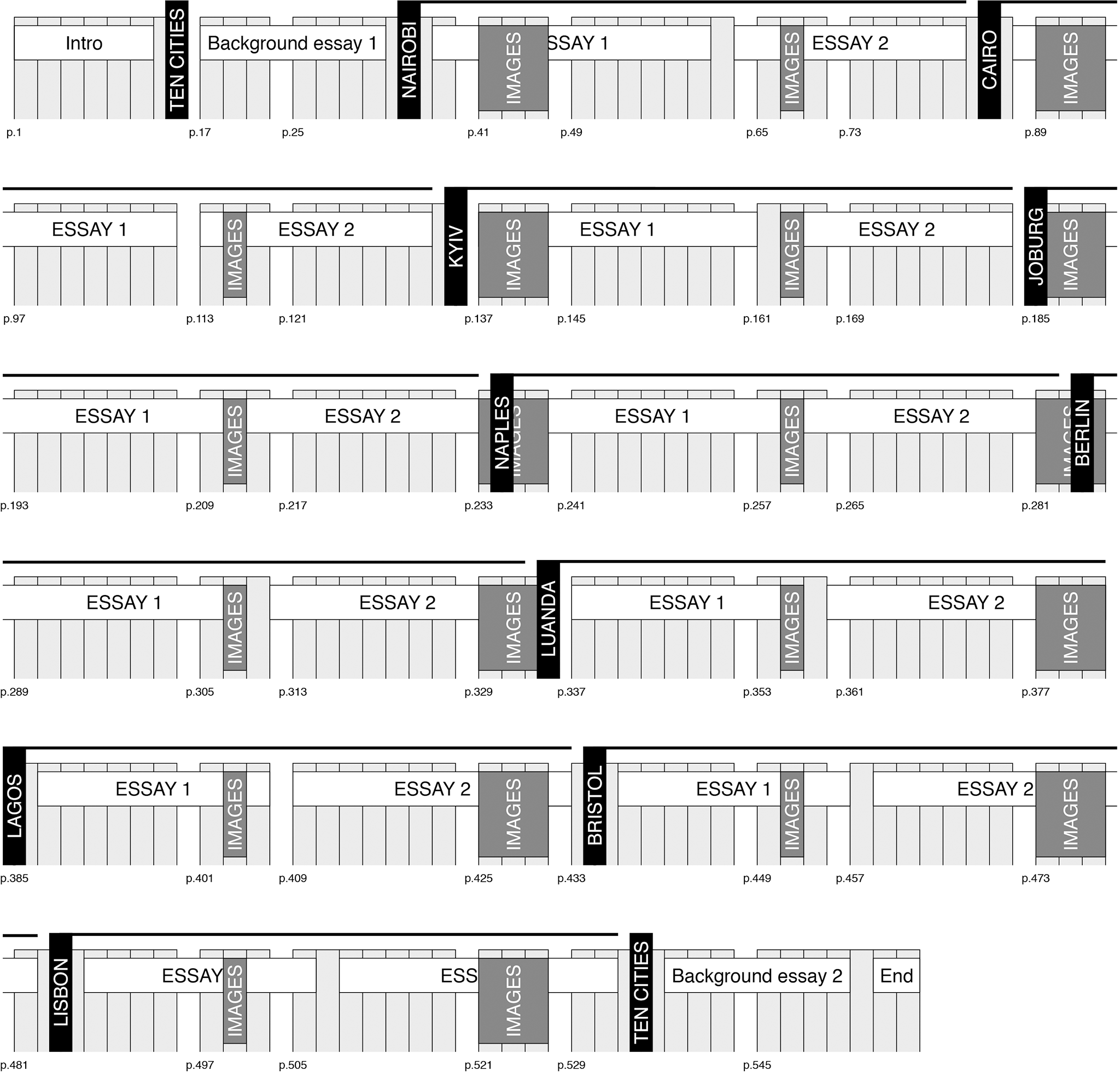 The rhythmic variation of texts and images is largely influenced by phase music, a compositional process famously used in minimal music by composer Steve Reich. The idea is that two similar rhythms are played simultaneously but one slightly faster than the other. Thus, the two sequences gradually shift after every repetition, generating new patterns with every loop.

In Ten Cities, the images appear every 18 pages, while a new chapter starts every 50 pages. This causes the image sections to intersect each chapter on different places, keeping a constant yet changing ‘beat’ throughout the book. This rhythmic pace is precisely calculated so that each city always has the same total number of text and image pages, no matter how many times the sequence is looped.

To learn more about the design process behind this project, visit: adriaanvanleuven.com/texts/TenCities-interview.html